I had the opportunity to speak about linked data at the Canadian Legal
Information Institute's Law, Government and Open Data Conference &
Hackathon in Ottawa this past weekend. My presentation was entitled Linked Data and Canadian Legal Resources and my slides and speaking notes are available on York Space. 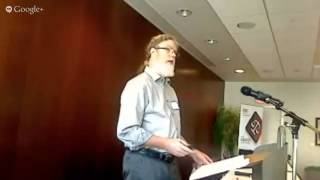 It has a fantastic event which began with the Information Commissioner of Canada, Suzanne Legault, speaking about the need to update our antiquated Access to Information Act which came into effect in 1983. 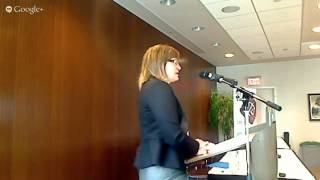 She emphasized that the Act "must be modernized" to meet the current expectations
concerning access to information in the 21st century and needs to be extended to cover administrative aspects of parliament, ministers and court administration.

Since government is the largest consumer of its own information, improvements in this area would also improve the overall operation of government. She feels it's an important debate to initiate so that issues surrounding access to information, transparency, secrecy, and national security can be publicly reviewed and discussed.

Other highlights included an introduction to CanLII's recently released web API and a few demonstrations of the API in action. An overview of some of the challenging processes behind CanLII's receipt of case law from the many jurisdictions involved was also provided.

A hackathon was held on the second day and I had a wonderful opportunity to shoulder surf and learn some valuable Ruby programming techniques from Matt Leduc.  We worked on pulling information from the CanLII API and converting the metadata to RDF/XML for potential inclusion in a legal linked data cloud.  Very close to success on this one.  Thank you Matt!

Details on the rest of the conference and hackathon programme are available here. And
the sessions were recorded and are available via CanLII and YouTube.  And for those of you using Twitter you can also check out the tweets from the event.

This was the first event of its kind in Canada and the participants are hoping that CanLII will be able to make this an annual event.