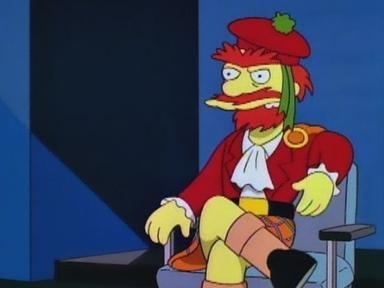 Having just returned from Scotland this past week, I feel compelled to write about Scots law which, though it is part of the UK (for now), is markedly different from English law.

With the referendum on Scottish independence set for September 18 of this year, there has been a tremendous amount of discussion into the parallels between the Scottish and Québécois experiences in their quest for independence. The parallels are numerous (as are the differences, for that matter), but a key similarity that leaps out is the fact that they have very different - and yet strongly intertwined - legal systems. While they are both heavily indebted to the common and civil traditions, Scots law has arguably maintained an even stronger native character than the Québécois system. In an echo of Canadian and American divisions between the Federal government and states and provinces, the Scottish Parliament, first elected in 1999, exercises jurisdiction over all matters that are not specifically reserved to the UK parliament.

One of the most significant (and enduring) peculiarities is the "third option" in Scottish criminal law. While most people are familiar with the enduring, Manichean "guilty" vs. "not guilty" divide in most justice systems, the Scots have opted for and persisted with a third verdict - "not proven". Otherwise known as the "bastard verdict", it has been said that it is the equivalent of "we’ll no’ say ye did it, but then we’ll no’ affirm ye didna either." It is certainly a curious idea - considered to be an acquittal, it still doesn't conclusively dispel the notion of guilt either.

A further muddying of the waters with regard to guilt, innocence, and the apparent Scottish penchant for ambiguity in these matters hinges on jury trials. Unlike most jurisdictions that call for unanimous verdicts (an eternal source of drama such as with the classic 12 Angry Men), a simple majority of eight will suffice in Scotland (their criminal trial juries consist of 15 individuals) - even in cases that involved capital punishment. The somewhat tongue-in-cheek "Anomalies of Scots Law" from a 1919 Juridical Review notes that "we hope that these criticisms do not amount to high treason. The penalty for that crime is the drawing of the traitor to the scaffold on a hurdle, followed by execution or hanging, drawing, and quartering... why England only was favoured by the repeal of that penalty in 1870 seems itself an anomaly. It behoves one, however, to walk warily when it is borne in mind that in Scotland a jury, while it must remain closeted for three hours before returning a verdict by majority in a civil case [...] yet in a criminal trial may, by eight votes to seven, and after five minutes' consideration or none at all, bring about the death of a fellow-subject."

These are just a couple of (admittedly pretty significant) differences, with a whole host of others - large and small - that have allowed for the development of a body of laws and legal traditions that exist very much parallel but distinct from much of the rest of the Anglo-American legal tradition.

Given Canada's strong Scottish heritage, it should be no surprise that the Osgoode library has a significant collection of material dedicated to Scots law, with the oldest being the succinctly and decidedly old-timey titled De verborum significatione : the exposition of the termes and difficill wordes, conteined in the four buikes of Regiam majestatem and uthers in the actes of Parliament, infeftments and used in practicque of this realme, with diuerse rules and commoun places of principalles of the lawes from 1597. This is simply one book from the 836 on Scots law in the Osgoode library alone, with a wide array of material available through databases, including the massive, impressive, and often fascinating Scottish Legal History collection on HeinOnline.

Finally, there is an up-to-the-minute research guide published in February 2014 specifically on Scottish Legal History on GlobalLex for those who may wish to delve deeper.