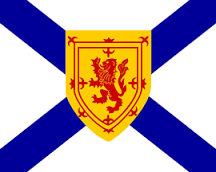 All of the available early debates and proceedings (Hansard) of the of the Nova Scotia House of Assembly for the period 1868-1993 are now online on the Legislature’s website. The production and posting of these materials was a project of the NS Legislative Library.

This gives Nova Scotians and everyone access to the historical debates of the House, such as the 1907 debate on Prohibition in Nova Scotia and the debates leading up to the opening of the Angus L Macdonald Bridge in Halifax.

The collection also includes all of the available Legislative Council debates, from 1858-1861 and 1875-1922. Historically (pre-Confederation), the Legislative Council acted as the Governor’s cabinet, with a combination of executive, legislative and judicial powers, and subsequently as the Upper House of the legislature. The Council was finally abolished in 1928.

These Hansards join a growing online collection of legislative materials for Nova Scotia, including:

The Legislative Library is now in the process of making the Journals of the House of Assembly from 1867-1900 available online.