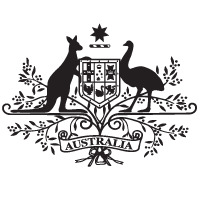 Osgoode has always prided itself on innovative approaches to law and teaching. As host to the Law Commission of Ontario (LCO), Osgoode has a commitment to law reform initiatives everywhere. Better to support these research ideals, the Osgoode Library now subscribes to the Australian Law Reform Commission Library on HeinOnline.

The Australian Law Reform Commission (ALRC) is a federal agency that reviews Australia’s laws to ensure they provide improved access to justice for all Australians by making laws and related processes more equitable, modern, fair and efficient. The ALRC conducts inquiries—also known as references—into areas of law at the request of the Attorney General’s Department. Based on its research and consultations throughout an inquiry, the ALRC makes recommendations to government so that government can make informed decisions about law reform. ALRC recommendations do not automatically become law, however over 85 per cent of ALRC reports have been either substantially or partially implemented—making it one of the most effective and influential agents for legal reform in the common law world. The ALRC’s objective is to make recommendations for law reform that:

The ALRC Library on HeinOnline can be searched full-text – or you can browse by Subjects such as: