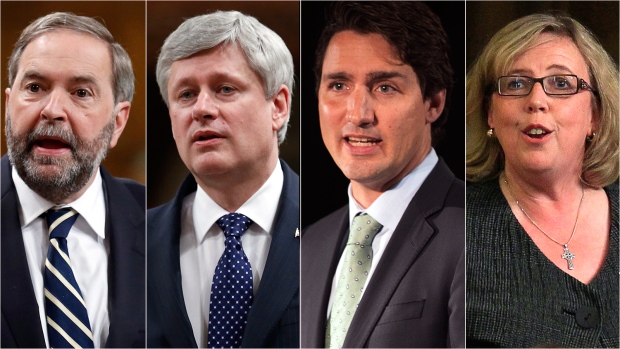 Our federal election is swiftly approaching, and all signs point to a close race.

We sometimes become disillusioned about the worth of each individual vote, but a tight three-way contest will demonstrate the importance of every ballot. I don’t say ballot to metonymically refer only to each individual’s participation in the election process, but literally each ballot – each slip of paper marked with the elector’s desired candidate – because if you’re not careful, your vote may not float.

If you plan to vote, you want to make it count. The CBC reports that in the last federal election (2011), eight Toronto ridings were decided by fewer than 1,500 votes. In Etobicoke Center, Conservative Ted Opitz edged out Liberal Borys Wrzesnewskyj by only 26 votes!

With such close races, you cannot afford - nay, Canada cannot afford! - to have your ballot discounted by the returning officer due to a casual elector error. After all, four years ago, 26 ballot errors might have led to an even more dramatic result in Etobicoke Center. Much is at stake: each riding is riding on the decision of its constituents, so the returning officer needs to have clear rules to determine which votes are valid and which are not.

The legislation governing elections – along with other helpful resources such as links to significant cases, maps and data on electoral districts, historical data, extensive description of Canadian electoral process – is all available online via the Elections Canada Resource Centre, but I was inspired by an old returning officer manual to share some ballot dos and don’ts to ensure that each voter’s vote is valid.

The Powers, Duties, & Liabilities of an Election Agent, and of a Returning Officer, at a Parliamentary Election in England or Wales, published in 1885, offers “fac-simile copies of ballot papers” that gave them trouble all those years ago. As the book states, “Several cases have come before the courts in which instances of irregularly marked ballot papers have been considered, and these may serve as guides to the returning officer in determining any question that may come before him” (182). Though the voting process might seem simple, there are an alarming number of ways to give counters pause when tallying votes. So...

DON’T! Mark the ballot anywhere except inside the designated area

DON’T! Mark the ballot with “a long cross, each line thereof being partly in the square allowed for one candidate and partly in that of the other". Even though this was “allowed as a good vote for the candidate in whose square the intersection of the cross appeared”, it’s best to keep in mind: Precise is nice.

YOU PROBABLY SHOULDN’T! Mark the ballot with a symbol other than a cross or “X”. Although Elections Canada states that a ballot clearly “marked with a symbol other than a cross” is still valid and cannot be discounted, there are probably better opportunities to exercise your creativity during the election (Note: I am firmly opposed to the vandalism of political lawn-signs and in no way endorse such activity).

Such aberrant markings include:

A “straight stroke in addition to the cross”

A “star instead of a cross”

And last, a “peculiarly formed cross”

DO! Mark the ballot with clean, exact, unambiguous “X”

Skip over the ocean and forward 120 years and you’ll find a ballot that looks something like this (courtesy of Elections Canada):

And once cast, it should look something like this:

I’ve always thought Cabot an underrated explorer - although I must say I am quite taken with Mlle. De Verchères since looking her up five minutes ago.

Don’t forget to check out the previous Election Special, written for the 2014 Ontario election, for even more great tips on how to exercise your Canadian democratic right.