The Osgoode Library’s Canada Law Book Rare Book Room contains many treasures illustrative of Canadian law and history. One of my favourites is a small book, not of great value in its own right, but valuable both because of its association with two great of Canadians and because of the insight it gives us into their politics.

The book itself (digital text available on the Internet Archive here) is not especially rare or valuable. Its value to us lies in a short inscription, in pencil, on the top right corner of the title page:

George-Étienne Cartier (1814-1873) (he was named after the English king and spelled his first name à l’anglaise) and Louis-Hippolyte La Fontaine (1807-1864) were not only friends but also partners in both the practice of law and as liberal-reformist politicians. When Cartier was called to the bar of Lower Canada in 1835, he joined La Fontaine’s law practice in Montreal. They were both also Patriotes and fervent supporters of Louis-Joseph Papineau in his rebellions against the “Chateau Clique” for responsible government and equal rights for French Canadians. (Cartier was exiled for a year after the first rebellion failed in 1837.) When LaFontaine was appointed first Canadian-born Prime Minister of the United Province of Canada (and first head of an elected, responsible government in Canada) in 1841, Cartier joined him as an elected member of the parliament. The two men worked together to abolish the system of seigneurial land tenure in Quebec and both also pushed for the adoption of a new Civil Code to replace the Coutume de Paris as the basis of private law in Quebec. 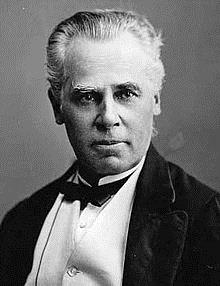 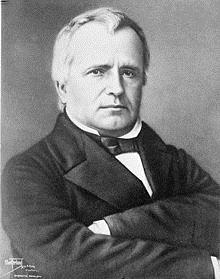 La Fontaine was appointed Chief Justice of the Court of Queen's Bench  in Canada East (formerly Lower Canada, now Quebec) in 1853. He did not live to see the Confederation of the British colonies as the independent Dominion of Canada in 1867. Cartier, however, became the leader of pro-confederation forces in Quebec and is, in my opinion, the greatest of the “Fathers of Canadian Confederation” and its kingpin, as he was responsible for bringing not only French Canada, and was instrumental subsequently in also bringing British Columbia and Manitoba into Confederation.

Why do I find this document so interesting? I like to think that Canada has a long liberal tradition and find it interesting to imagine that one reformer, La Fontaine, gave and recommended this book, discussing the abolition of the death penalty, to his friend Cartier in the decade preceding the founding of this great country. It would be a hundred years before the goal of abolishing the death penalty would be realized in Canada, but I like to think that this book is one of the first incentives to the realization of that goal.